Learn about Galileo, the man who invented the telescope, examined the stars, and risked his life to spread scientific truth.

Like Michelangelo, Galileo is another Renaissance great known just by his first name–a name that is synonymous with scientific achievement. Born in Pisa, Italy, in the sixteenth century, Galileo contributed to the era’s great rebirth of knowledge. He invented a telescope to observe the heavens. From there, not even the sky was the limit! He turned long-held notions about the universe topsy turvy with his support of a sun-centric solar system. Patricia Brennan Demuth offers a sympathetic portrait of a brilliant man who lived in a time when speaking scientific truth to those in power was still a dangerous proposition. 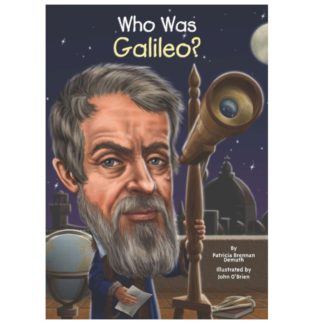