Only 1 left in stock

Untold numbers of Black men and women in America have achieved great things against the odds. In this insightful book, award-winning author Tonya Bolden commemorates the lives of sixteen Black individuals who dared to dream, take risks, and chart courses to success. They were Pathfinders.

In these pages you will meet Katherine Johnson, a mathematician who was instrumental in putting U.S. astronauts on the moon; Venture Smith, an African man who was enslaved in America but later bought his own freedom; Richard Potter, a magician whose methods paved the way for entertainers like Harry Houdini; Sissieretta Jones, an opera singer who captivated audiences all over the world with her enchanting voice; James Forten, a powder boy then prisoner of war during the Revolution who grew up to be one of Philadelphia’s leading abolitionists and wealthiest citizens; James McCune Smith, the first Black university-trained physician in the United States; Mary Bowser, a spy during the Civil War; Allen Allensworth, town founder; Clara Brown, one of the first Black women to settle in what would become Colorado; Maggie Lena Walker, the first Black woman to run a bank; Charlie Wiggins, a race car driver; Eugene Bullard, a combat pilot in World War I; Oscar Micheaux, filmmaker; Jackie Ormes, cartoonist; Sadie Tanner Mossell Alexander, an economist and attorney who fought for civil rights; and Paul R. Williams, architect of luxury homes and many iconic buildings in Los Angeles. 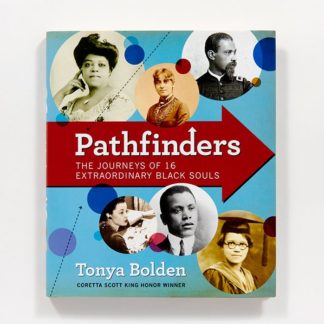